Can You Vape After Teeth Whitening

Though smoking and vaping is not recommended as it can have negative effects on both oral and overall health, vaping should especially be avoided after teeth whitening at least for the first few hours post whitening. Normally, vaping and tobacco smoking can lead to stained teeth if there is tar and nicotine present, abnormal damage and enamel degradation depending on the amount used, and can even lead to the gums receding.

However, after teeth whitening, the damage caused by smoking and vaping can be amplified even more. This is because teeth whitening can cause teeth to become more porous and susceptible to chemicals entering the tooth. In general, if you vape it is recommended to wait at least an hour, but preferably 24 hours to allow the pores in teeth to close up and become more resistant to chemicals entering the tooth. 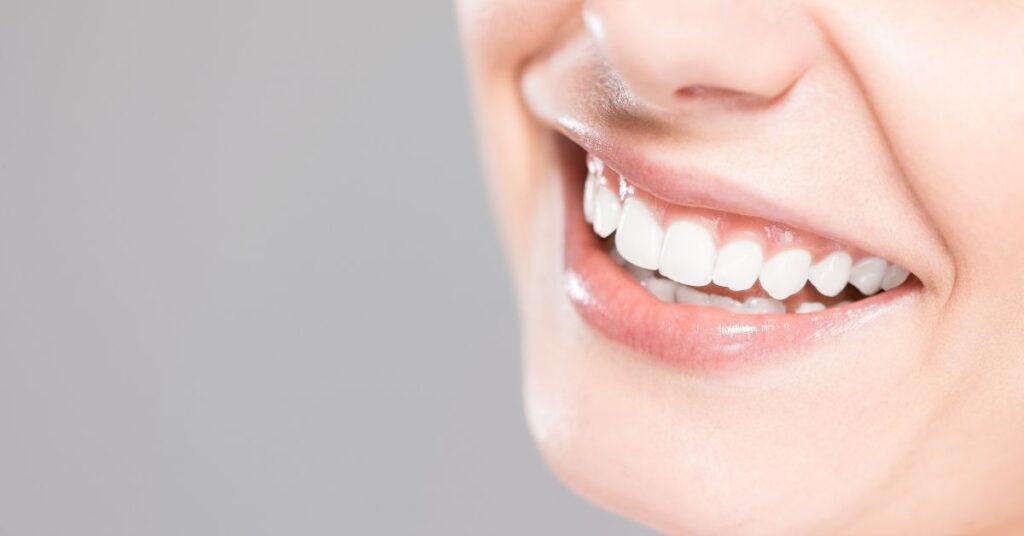 Can You Smoke With Teeth Whitening Strips

Whitening strips are typically left on teeth for up to 20 minutes to really allow hydrogen peroxide to adequately penetrate teeth and lead to whitening. Things like excess saliva and tobacco smoke however can decrease the effectiveness of teeth whitening, and could even potentially reverse the effects of teeth whitening. This is because nicotine, tar, and other chemicals present in cigarette smoke can abnormally stain and yellow teeth.

If you’re a smoker, you may find teeth whitening to be more effective if done in a dentist’s office rather than using home treatments like at-home teeth whitening kits or whitening strips. The whitening agents used at a dental office typically have a higher hydrogen peroxide percentage and can be applied more properly than if done at home. This can be a great option for smokers who may find at home whitening to be less effective.

Smoking straight after teeth whitening could potentially undo the positive effects of whitening strips and other applications for teeth whitening. This is all thanks to the numerous chemicals and staining agents present in cigarette smoke that can lead to abnormal coloration of the teeth. Of course, it is difficult to completely stop smoking immediately after teeth whitening, but fortunately there are a few options to help keep the cravings at bay for a few hours.

Things like chewing on sunflower seeds or using nicotine gum for a few hours post teeth whitening can help keep the cravings away. And of course, if you’re looking for a more long term solution to taking the first steps at quitting smoking forever, do consult your physician.

© My Dentist 2023 | All Rights Reserved | Privacy Practices. The material presented on this website is intended for information purposes only and is not intended as professional advice and should not be construed as such. Owned by Dr. Doshi & Associates, DMD. My Dentist is a trademark of Arena Family Dentist LLC.
New Patients Save